Border Should not Derail Brexit Nor Decide Overall Agreement Technology Solution Can Work, with a Dose of Good Will and Common Sense 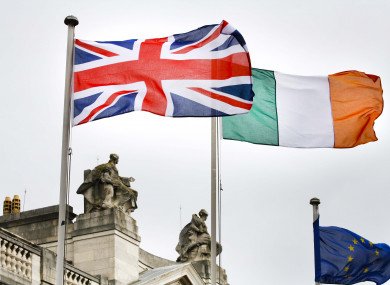 The Brexit discussions are reaching a critical stage. Ireland’s long term interests are at stake. The country would be best served by a Brexit outcome that recognizes Ireland’s links with Europe and also its long standing special relationship with Britain. In Brexit – Options for the Irish Border, Dr Ray Bassett argues that Ireland should work closely with the UK in ensuring a ‘soft border’. This would include serious examination of the use of technology.

All sides in the Brexit negotiations are committed to keeping the border soft and friction free in order to preserve the gains of the Good Friday Agreement.  Present proposals from Dublin and Brussels are not going to achieve that. No government in London, whether Conservative or Labour, could accept the EU interpretation of the Backstop. It is a non-runner. The author, a former diplomat, who served as Irish Ambassador to Canada and also a Good Friday Agreement negotiator, believes the present policy course is not only unlikely to work, but also leaves Ireland dangerously exposed if the border problem scuppers the overall UK/EU deal.

Dr Bassett considers the question against the background and reality of Ireland’s economic and political interests and the options available to the negotiators. Analysing the different options floated to solve the border issue, he concludes that politically the only possible option is the one based on technology. This would be based on a number of overseas schemes, already in operation, including in Australia. All these schemes use a trusted trader model.

Brussels, he says, needs to show more flexibility and relax its strict guideline that any arrangement on the island of Ireland ‘must maintain the integrity of the Union’s legal order’. Brexit is a unique challenge and may call for a novel solution. Bassett argues that Ireland should also consider the Norwegian model for itself, but concedes this is unlikely for political reasons.

He also questions the country’s wisdom in aligning itself so closely with Brussels when the EU itself is planning major changes, none of which are in Ireland’s interests, especially in the tax area. Moreover, various election results in EU countries point to growing disenchantment with the Brussels centric model.

The author concludes that good will and common sense should allow for a workable solution:

It could be based on major exemptions for small companies and purely local trade, as well as agricultural and food products. The remaining trade could be monitored and operated on a trusted trader system. Under these arrangements, there would be no need for any new physical infrastructure on the border. The danger is that politics, not practicalities, will get in the way

Brexit – Options for the Irish Border by Dr Ray Bassett will be launched in Dublin on 19th September and published by Politeia, 14a Eccleston Street, London, SW1W 9LT. For the e-version, please apply to press@politeia.co.uk

The Author
Dr Ray Bassett has been a senior diplomat at Ireland’s Department of Foreign Affairs in Dublin and has served as the country’s Ambassador to Canada, Jamaica and the Bahamas 2010-2016. Other diplomatic postings include Copenhagen, Canberra, Belfast (twice), London and Ottawa. He was involved in the Good Friday Agreement negotiations as part of the Irish Government Talks Team and participated throughout the discussions, including the final session at Castle Buildings in Stormont.