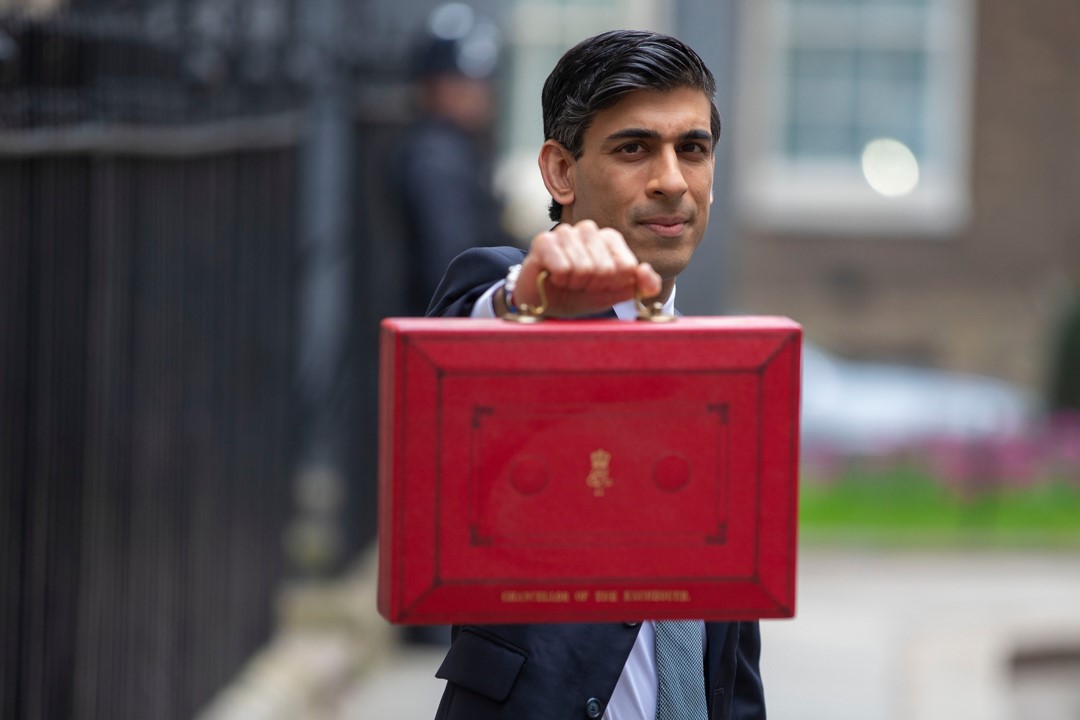 As the Chancellor puts modest tax rises on the agenda, Tim Congdon warns that inflation and bond yields could be higher than projected, and further tax increases are on the cards.

Analysis of public debt, and of its rises and falls over the decades, is full of surprises. Covid-19 has on the face of it dealt a heavy blow to debt sustainability. A common view – supported by Chancellor of the Exchequer, Rishi Sunak, in today’s Budget – is that, when the numbers are finally totted up, it will have added £600 billion to the UK’s national debt. Logically, that surge in debt should have upset financial markets, raised bond yields and made each unit of debt more expensive to service. Further, the combined effect of this extra unit cost and the expansion of the debt ought to be a vicious double-whammy, with a large and unwelcome increase in the annual interest bill.

But that is not the message conveyed by the Budget documents. On the contrary, the debt interest bill in the financial year just ending is estimated at £19.6 billion, while in the 2021/22,  2022/23 and 2023/24 years it is expected to be virtually unchanged at £19.9 billion, £19.4 billion and £21.6 billion respectively. Those numbers compare with £28.2 billion in the 2019/20 financial year, most of which was unaffected by Covid-19. Indeed, the Treasury believes that, even in 2025/26, the government will spend less on debt interest than before the pandemic damage. What is going on? How is the anomaly to be explained?

The answer lies in the consensus of economists’ forecasts. These forecasts – again surprisingly and in defiance of vast experience of their inaccuracy – are often believed in financial markets. Last spring the full horror of the pandemic’s effects became clear to investors. The damage to the travel and hospitality sectors, and then to aviation and aerospace, might wreck thousands of businesses and destroy millions of jobs. In a few weeks from mid-February share prices collapsed, while massive over-supply of major commodities – including oil and gas – was threatened. Economists’ almost unanimous verdict was that aggregate demand would fall relative to aggregate supply, creating downward pressures on the price level into the medium term.

In a speech on 23 April Gertjan Vlieghe, an external member of the Bank of England’s Monetary Policy Committee, judged that, “A persistent undershoot of the economy relative to its pre-virus trajectory is most likely to be disinflationary.” Note the word “persistent”, implying that disinflation might last for years. A corollary was that, as part of a larger programme of stimulus, the Bank of England might need to drive interest rates into negative territory. With these fears prevalent in financial commentary, government bond yields dropped sharply. It is this fall in bond yields which accounts for much of the decline in the government’s interest bill.

But does this interpretation of events still hang together? The S & P GSCI commodity price index is widely regarded as one of the most reliable available, as it is structured to reflect the relative economic importance of its constituents. It reached a trough of 228.24 (April 1991 = 100) on 21 April last year, down 43 per cent on a mere two months earlier. But its latest value (3 March) is 473.80, up by almost 108 per cent on the low. So commodities – which account for perhaps 10 per cent of input costs in most nations – have more than doubled in price in less than a year. Meanwhile asset markets have been buoyant. In the leading industrial nations both stock markets and house prices have risen dramatically. They are now higher not just compared to the Covid-affected lows last spring, but also to end-2019 values before Covid was a serious issue.

Asset markets tend to lead prices in the shops and on websites, while the commodity price surge suggests serious upward pressure on costs in the next few quarters. Some organizations have expressed alarm, with forecasts that consumer inflation of over 5 per cent at some point in the next two years. (These include the Institute of International Monetary Research [www.mv-pt.org], of which I am chairman.) By contrast, in the Budget 2021 documents the Treasury envisages that consumer prices will rise by 1.5 per cent in 2021, 1.8 per cent in 2022 and 1.9 per cent in 2023.

Suppose that inflation does turn out much worse than the Treasury proposes. Then it is plausible that yields on UK government bonds will also increase relative to Treasury assumptions. If inflation and bond yields are above the official projections, the calculations of the future debt interest burden will be too small. Instead of this burden being lower than before Covid, it may be higher. Indeed, because the debt is over £2,000 billion and rising quickly, it could be much higher. Plainly, a 5 per cent swing in interest rates would add £100 billion and result by the mid-2020s in debt expenditure roughly five times that in today’s official forecasts. Unless taxes rise, that means another £100 billion each year on the deficit and hence on the growth of the debt, pushing up debt interest costs in later years yet further.

This may sound hysterical. The 10-year gilt yield at the time of writing is just under 0.8 per cent. To talk of a 500 basis point move in gilt yields would mean yields rising to almost 6 per cent, an extraordinary move. But to talk in such terms is not silly. In the 1980s the British government had always to pay double-digit interest rates on new debt issues, so deeply entrenched were inflation expectations of over 5 per cent a year. Savers were worried that they could be cheated by a fall in the real value of the pound because of irresponsible financial policies.

In today’s Budget Rishi Sunak postponed the tax increases which he knows will be needed to keep public debt under control. He therefore made it inevitable that – when those tax increases come – they will be larger than would otherwise have been necessary.