Better off without the Backstop! Why the EU withdrawal agreement must be defeated

By now the agreement reached between the Prime Minister and the EU should have been in the parliamentary shredder and Brussels should have been looking at the tattered remains of its one sided punishing imposition which in March last year Mrs May declared “no British prime minister could ever sign up to”. Instead by delaying the vote on the deal the prime minister has given the EU negotiators further hope that she might be able to pull a deal saving rabbit out of the parliamentary hat if only she could be given some “reassurances”. What those might be even she doesn’t seem to know and to head off to Brussels without any clear demands or without listening to what MPs told her clearly was a sure recipe for failure and further humiliation. That is what seems to have happened.

Let me be clear. If this deal is to have any chance of success then the backstop must be removed from the withdrawal agreement. No tinkering with contrary legal appendices, no amount of political assurances, no clarification that the arrangements are meant to be temporary are going to change our mind or the mind of scores of her own party members.

The reasons are clear. This legally binding document – all 585 pages of it – require the UK to pay £39bn to the EU without any certainty as to what we will get for our money. In fact we don’t even know if any further payments will be required to secure a satisfactory future relationship.

Secondly it keeps the UK in the Customs Union of the EU which prevents us activating trade deals with other parts of the world which could secure us new markets for our businesses and cheaper goods for our consumers. We could only get out of this stranglehold if and when the EU agrees that it is in its interests. This leaves us open to blackmail in the discussions about the UK’s future trading relationship with the EU.

Thirdly it requires us to stay tied to a whole range of EU regulations. Fourthly even if an agreement was reached about the future relationship with the EU, NI would still be left in the backstop arrangement. Essentially NI would still be a full member of the EU having to accept all the EU regulations and policies, 68 pages of which are listed in the Withdrawal Agreement and being a full member of the EU Customs Territory. Apart from the obvious and well-rehearsed constitutional implications which this would have for the UK, the economic implications for NI are horrendous. NI businesses would be subject to EU regulations which neither Westminster or the Stormont Assembly would have had any say in or ability to change or reject regardless of how damaging they were to the NI economy. In the words of the legal opinion given to the cabinet this would cause friction and distortion in trade between NI and GB which takes 60 per cent of our exports in return for an open border with the Republic of Ireland which takes 4 per cent. NI businesses could not participate in any trade deals the UK struck with other parts of the world and consumers could not benefit from the lower prices which those trade deals would produce.

This is not a good deal, it is a dangerous and bad deal, the kind of deal the prime minister had said in the past would be worse than no deal. Ironically having coined the phrase that no deal is better than a bad deal she is now whipping up a storm of fear at the prospect of leaving the EU without reaching an agreement.

The truth of the matter is that there is far less to fear from freeing ourselves from the EU without agreement than staying tied indefinitely under the terms of the deal on offer. We would be richer by £39bn for a start. We would gain additional tax revenue from the duties placed on the huge volume of imports from the EU. We would be immediately free to do trade deals with the rest of the world which would benefit our producers and obtain cheaper products for our consumers. We would have additional tax revenue to spend on our public services. Lastly and most importantly for NI we would have avoided a breakup of the UK.

This is one thing the Prime Minister did get right, no deal would be better than this bad deal. 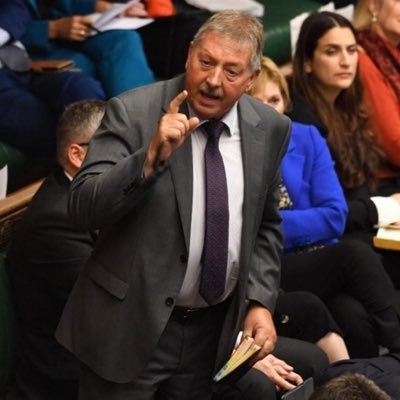