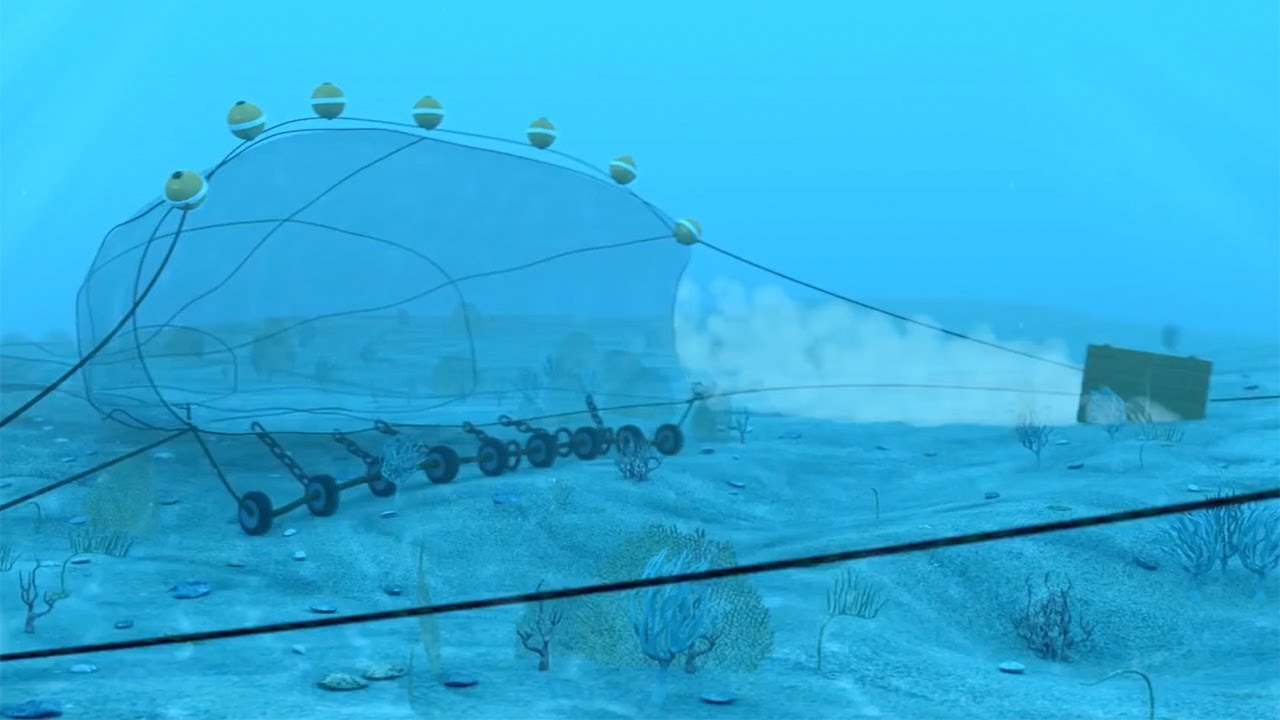 Energy supply is central to today’s political debate – its sources, its costs and its consequences for all the environment. But we hear too little about the implications for marine pollution. Here, Sir Oliver Heald QC MP, explains that restoring blue carbon ecosystems should be an integral part of current policy. The UK government should also exploit post-Brexit freedom to ban bottom trawling and extend restrictions to protect our carbon rich seabeds.

For many people, air travel is at the forefront of consciousness when it comes to tackling climate change. But earlier this year we learned of a largely unnoticed yet equally vast carbon polluter: bottom trawling in the ocean from a recently published study. Dragging heavy fishing gear across the seabed releases the equivalent amount of carbon every year as aviation, yet it is not currently recorded in countries’ greenhouse gas inventories – meaning we are not accurately measuring our impact on the climate nor taking the necessary steps to protect our marine ecosystems. I and colleagues in the Conservative Environment Network Parliamentary Caucus are determined to change this.

While habitats on land, such as forests and peatland, are essential to any route to net zero emissions by mid-century, we need also to recognise the power of our coasts and seas in tackling climate change.

Our marine habitats store huge amounts of carbon: known as ‘blue carbon’. UK coastal and marine ecosystems store about 220 million tonnes of carbon dioxide, which is approximately 65 million tonnes more than is held within our entire stock of standing forests.

In 2018, the UK’s saltmarshes and subtidal muds and sands alone captured at least 10.5 million tonnes of carbon dioxide equivalent — and the real amount could be as much as six times higher. This, according to the ONS, is of significant economic as well as environmental value — more than what is earned from exploiting our oceans for oil and natural gas.

The problem however is that we have lost or damaged vast tracts of these habitats in recent decades, including half of our seagrass meadows since 1985. To help tackle climate change – and deliver a range of other benefits for wildlife, flood protection and nature-based tourism – we should restore these habitats. After all, saltmarsh can absorb carbon at 2 to 4 times the rate of tropical rainforests and seagrass up to 35 times faster. Fully restored, our coastal ecosystems could capture emissions equivalent to a third of the UK’s 2018 emissions, and save an estimated £6.2 billion in spending on artificial flood defences by 2050.

Despite this, unlike woodland and peatland, blue carbon is not included in the UK’s carbon accounting framework. Unless blue carbon is accounted for, and improvements count towards meeting statutory carbon budgets, policies and funding to restore these critical marine habitats are unlikely to be forthcoming. In particular, we need to ensure that we include seabed carbon as well as saltmarsh and seagrass in our accounting, otherwise trawling emissions will continue to go unaccounted for. This will mean working internationally to develop IPCC protocols for measuring seabed carbon – an opportunity for further UK climate leadership.

Integrating these carbon stocks and flows into our path to net zero will incentivise the government to protect and restore them. This could include, for example, increasing the budget and scope of the Nature for Climate Fund to include saltmarsh and seagrass restoration as well as the existing support for rewetting peat and planting trees. In addition, the government would be wise to take advantage of our new post-Brexit freedom to ban bottom trawling from our entire network of marine protected areas, building on the proposed new restrictions for four significant protected areas including the Dogger Bank, to protect our carbon-rich seabeds.

To leave our environment in a better state for future generations, we need to value and protect our blue planet. The government can, and should, start by integrating marine carbon stocks and flows into our carbon accounts.

The Rt Hon Sir Oliver Heald QC MP is MP For North East Hertfordshire. A barrister by profession, he has served as a former Solicitor General for England and Wales. He is a member of the Conservative Environment Network Parliamentary Caucus which champions nature-based solutions to climate change.

The Rt Hon Sir Oliver Heald QC MP is MP For North East Hertfordshire. A barrister by profession, he has served as a former Solicitor General for England and Wales. He is a member of the Conservative Environment Network Parliamentary Caucus which champions nature-based solutions to climate change.