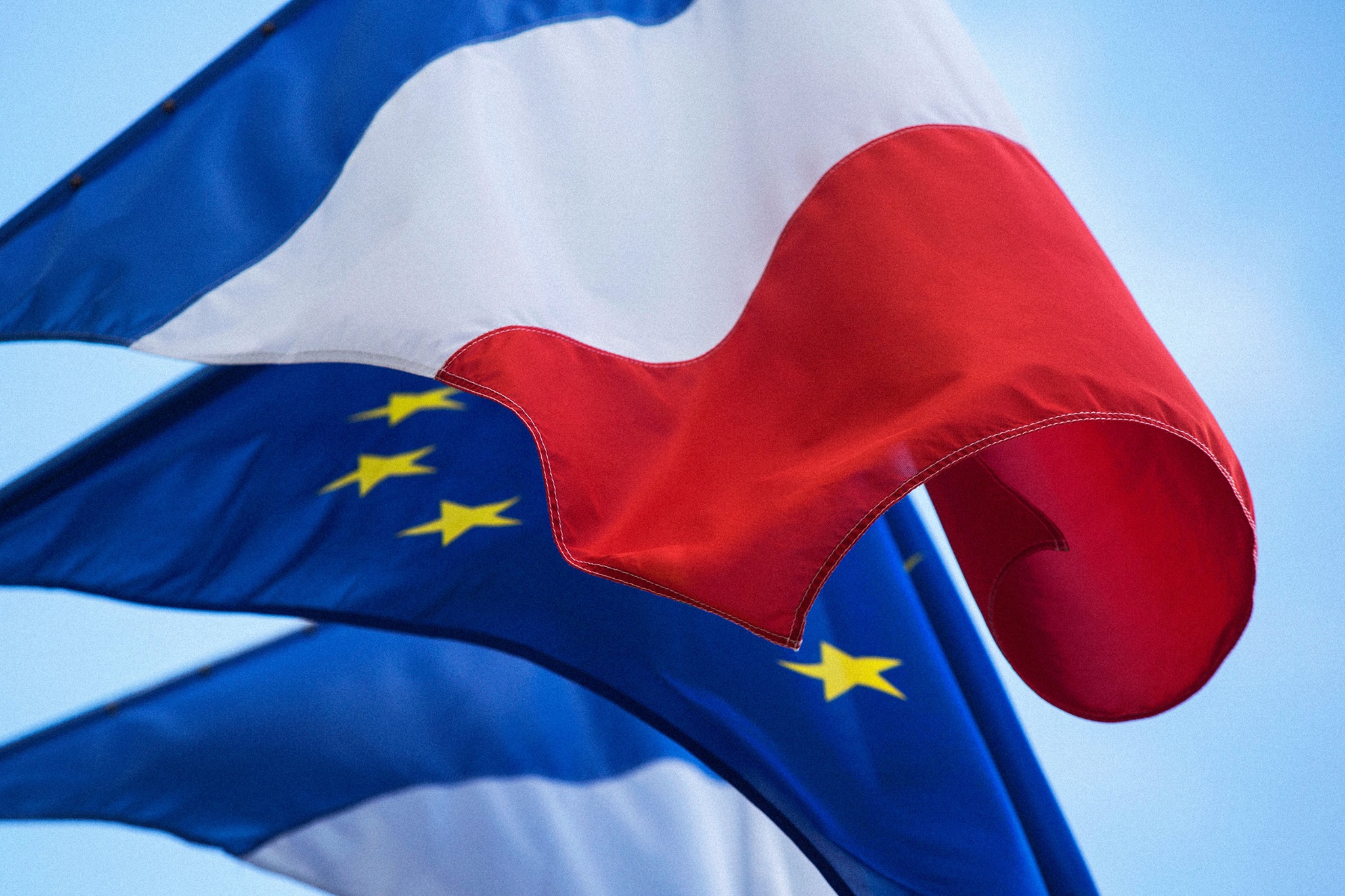 President Macron may be picking a fight over fishing rights with Brexit Britain. But, at home, when it comes to sovereignty, as John Keiger explains, he is the odd man out as his rivals for the French  presidency rally to French sovereignty.

The French presidential campaign – albeit not officially open – reveals a deep and widespread urge on the part of the French to roll back EU powers. The present-day top five candidates for the April 2022 elections (Emmanuel Macron excluded) have French national sovereignty, ‘taking back control’ and a concomitant reduction in EU powers as main planks of their manifestos. What the French refer to as ‘sovereignist’ policies are clearly favoured by French voters as opposed to the globalism and ever-more-Europe favoured by Emmanuel Macron. But it is the method proposed by the five presidential candidates for France to ‘take back control’ that is explosive.

Yet ‘sovereignism’ is not restricted to the Right. The leading contender on the Left is the veteran radical of French elections Jean-Luc Mélenchon (8%) of La France Insoumise party, whose anti-Europeanism is legendary since France rejected the EU constitution in the 2005 referendum. He even campaigned –in vain – to have the EU flag removed from the French parliament on the grounds that only the ‘tricolour’ was specified in the French constitution. The Communist candidate, as well as the former socialist minister under Francois Hollande, Arnaud de Montebourg, are also distinctly Eurosceptic, but only garner a few percent each.

With Emmanuel Macron polling at 23-24% in the first round, it is clear that pro-EU policies represent well under 40% of voting intentions. Brussels bureaucrats are deeply concerned at the popularity of anti-EU policies, not least from the turn-coat Michel Barnier. But then Macron did tell the BBC after the Brexit referendum result that France would have voted thus had she been consulted.

So what is the nature of the anti-EU policies proposed by the leading candidates in the presidential race? No candidate favours a full Frexit, although Éric Zemmour’s suite of policies are Frexit in all but name, given his desire to liberate the French ‘vassal state’ by bulldozing swathes of EU shibboleths around immigration, free trade and the supremacy of the European Court of Justice (ECJ) and the European Court of Human Rights. But it is the attack on the supremacy of EU treaties over national constitutions that is common to all ‘sovereignist’ candidates and that is the most explosive, especially when combined with previous rulings of the German Constitutional Court (which the EU conveniently forgets when browbeating Poland). Zemmour labelled the ECJ’s dictating to Poland of what its constitutional court can do ‘a ‘federalist coup d’état’. Marine Le Pen plies a similar path for what she labels the EU ‘prison’, albeit less stridently for fear of frightening the traditional right’s electorate. But she is adamant that any international legal text that contradicts the French constitution will remain a dead letter and ‘unapplied’ (inappliqué). In this way, she asserts, France will ‘not need to leave’ the EU treaties.[2]

Given their support for the EU’s negotiating position during the Brexit withdrawal negotiations conducted by Michel Barnier, it is breathtaking to see the three candidates of the traditional right Xavier Bertrand, Valérie Pécresse and Michel Barnier himself, contesting the primacy of EU law over what Pécresse calls the ‘constitutional identities’ of member states. On 13 October, challenging the ECJ’s diktat to Poland, Mme Pécresse reaffirmed the Gaullist adage of a ‘Europe of nations’: ‘That means that our constitutional laws, our constitutional identity, for each of us, each sovereign state, must take precedence over European jurisdiction.’[3] Meanwhile Michel Barnier – to the stupefaction of his former European Commission colleagues – stressed in October the necessity for France to reclaim ‘legal sovereignty’ on the immigration front, ‘so as no longer to be subject to the rulings of the European Court of Justice or of the European Court of Human Rights.’[4] Without that, said the former EU Commissioner and Brexit negotiator, there would be ‘other Brexits’.  For his part Xavier Bertrand proposes to write into the French constitution ‘a safeguard mechanism for France’s higher interests. When these are at stake popular sovereignty must take precedence.’[5]

Most striking in all of these French ‘sovereignist’ policies is the way they hollow-out the very heart of the EU: its legal basis. Whereas British Brexit negotiators attempted to carve out Britain’s independence from the EU by the repeated proclamation of historical British fundamental principles, such as the sovereignty of Parliament, they lacked the clarity and precision of written constitutional law and thus hit a wall of EU legal treaties and texts that brooked no change. The French, who largely wrote the legal foundations of the EU, are masters in wielding legalistic, text-based constitutional arguments that hit home effectively.  This is what all of the ‘sovereignist’ presidential candidates are proposing to do.

By contesting the supremacy of EU treaties over member states’ constitutions, all five French presidential candidates are throwing the lever that can prise apart all the EU’s acquis communautaire, including the sacrosanct principle that British Brexit negotiators were forced to pay homage to: the supremacy of the European Court of Justice. This is not a revolt, it is a revolution. Its ramifications go far beyond the prerogatives of the French state and its relations with Brussels. It opens a boulevard for other EU member states to copy and provides an opportunity for the UK to renegotiate successfully aspects of the Brexit agreement, not least the Northern Ireland Protocol.