Back to School – But Not Back to Normal? 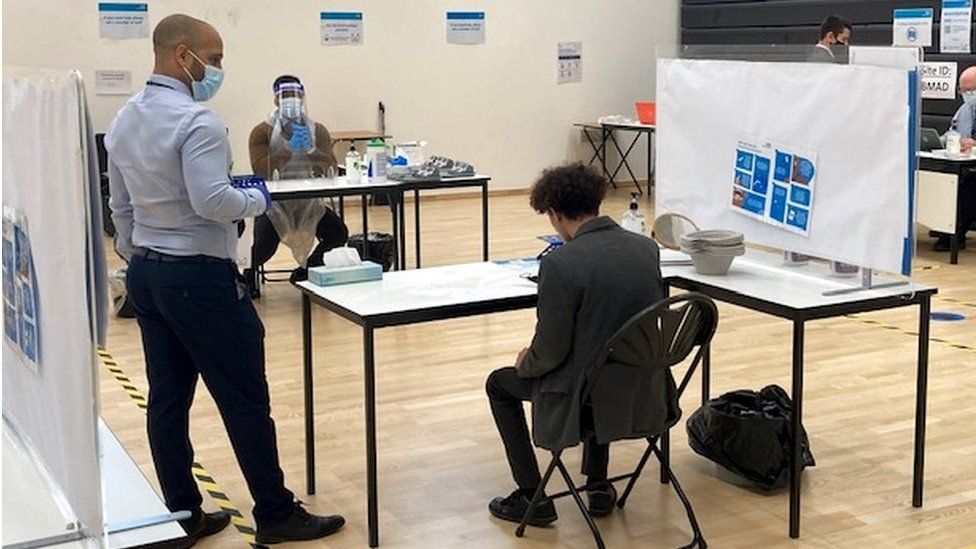 As schools across the U.K. open their doors during the third national lockdown in 12 months, Jonathan Clark argues that the education system and the classroom as we used to know, love or hate them, are likely to be fundamentally altered, and possibly a thing of the past after the pandemic.

In 1990 nobody set out to abolish typewriters. By 2000 they were gone: not because of some pressure group, some campaign, some commission of inquiry, some Act of Parliament. They vanished naturally, as we discovered a better, faster, cheaper way of doing the same thing.

The problem with the current controversy over the impact of Covid on examinations and on schools is that it assumes that after the present crisis, education will return to ‘normal’. Even when we are pitted against Nature, we assume that all we need do is apply the ideal of sustainability and we will buy security. Sustainability is a marvellous ideal, but it has just one problem: nothing is sustainable. Everything changes. Everything is temporary.

The reality is that both the main exam options – teacher assessment and the public, anonymized examination – are not eternal truths but historical formations, devised at particular times and places for particular reasons, and destined to change as society changes. Students in US universities are given marks by their professors; dons at Oxford and Cambridge are horrified to learn this, and expect their students to sit in rows in exam halls, their scripts identified only by a number and even then double-marked, ideally by dons who had not taught them.

Each examination system has strengths and weaknesses, and the debate is a matter of choosing the least bad option. The problem with teacher assessment is that the teachers award marks for a whole range of reasons, some discreditable, some idealistic; but whatever their stance towards their pupils the teachers are also assessing the effectiveness of their own teaching. They are, in part but inevitably, marking their own homework.

Every system can be gamed, and teacher assessment results in grade inflation just as democratically elected politicians result in monetary inflation. Teachers seek the credit, and the rewards, for their steadily improving performance. Pupils and parents are delighted with the higher grades, unaware that the jobs market will silently reward inflated grades differently from gold-standard ones. If you were to be operated on for a major ailment, would you choose a surgeon who had done really well in genuine exams? Or one who might have done really well, had the world been a better place than it is?

Meanwhile, whatever the parochial controversies, the world changes, and Covid has accelerated developments that were afoot anyway. University graduate seminars are now almost all held as zoom conferences: once Covid is vanquished by vaccines, will they revert to face-to face meetings? Some will; most won’t. Schools have been compelled to go over to online teaching, just as many office workers now work from home. Will either go back to the nine-to-five, Monday-to-Friday routine? Some will; others won’t.

Many university courses are now available free on the internet, and provide education, of a sort, to vast numbers around the world. I still favour the model of the Cambridge supervision, one don teaching one student at a time, who had written an essay. But in this I am antediluvian: even I know that the world has changed, and will change further.

What about exams? These, too, are an historical formation. In the seventeenth century Cambridge students were examined orally (naturally, in Latin) by a don seated on a three-legged stool, who was nicknamed Mr Tripos (the name survived the thing). Jobs (mostly in the Church) were awarded by personal patronage.

In the nineteenth century growing state bureaucracies demanded more impersonal measures of performance, and written exams came to prominence. Into the twentieth century the bureaucracies grew ever larger, and the tyranny of the written exam was imposed on ever larger percentages of the population in the name of ‘meritocracy’ (in reality, a system that was gamed like all the others).

Today the pendulum is swinging back, and the world of work has become the world of woke: students are rewarded more and more on the basis of their values.

Meanwhile, what is being examined? Early seventeenth-century students might be asked whether the Pope was Antichrist, or whether the sun orbited the earth. In the late eighteenth century they might be asked to compose Latin hexameters. In the nineteenth, to write prose essays about the religions of the Indian empire. In the twentieth, they needed to use a slide rule. Finally the demand for an exam system that could be claimed not to discriminate against minorities led to the dominance of right answers and even to multiple-choice questions, objective but largely worthless.

Meanwhile, for teenagers, life has moved on: learning has been replaced by Wikipedia accessed from cellphones, the slide rule by the pocket calculator.

State owned schools, too, are historical formations and are now close to being a producer monopoly, their teachers an estate of the realm. It is becoming ever harder to defend an exam system which increasingly squeezes out originality, just as it is becoming harder to defend school and university teachers who have become politically monochrome. Something has to give. Covid may be the catalyst.

All this changes again with the rise of AI, the revolution that we saw coming but still ignored. More and more teaching will be done not by inadequate schoolteachers struggling to control justifiably bored classes but by perfectly patient, consistently courteous, infinitely well-informed computer programmes accessed by students sitting alone and meeting their peers in the evenings. Individual choice is already everywhere in the ascendant. Students will visit physical schools sometimes, on some occasions, for some purposes; but daily attendance will be a thing of the past.

Superbly powerful computers will provide detailed and seemingly infallible judgments on student performance; and the nature of the exams will adapt to this new reality. Both old systems – teacher assessment and public, anonymized examinations – will fade away, like typewriters and steam locomotives. In this change there will be loss and gain. As to the former good functions of schools – inculcating politeness, mutual respect, co-operation, decency, loyalty, honour and all the rest – they have done this less and less well for years. Perhaps AI could do a better job. It will have to try.

But these changes will happen; and we would do better to anticipate the future than to defend in the last ditch the producer monopolies of the mid twentieth century. It would be interesting to see a government, of any political complexion, that would identify and row with the current instead of against it. In education as in healthcare, there is one reform which would have just that effect, automatically, and which is in itself neither of the Right nor of the Left. It can be summed up in one word: vouchers.