At Odds – with his Party or his Country? Keir Starmer’s Dilemma 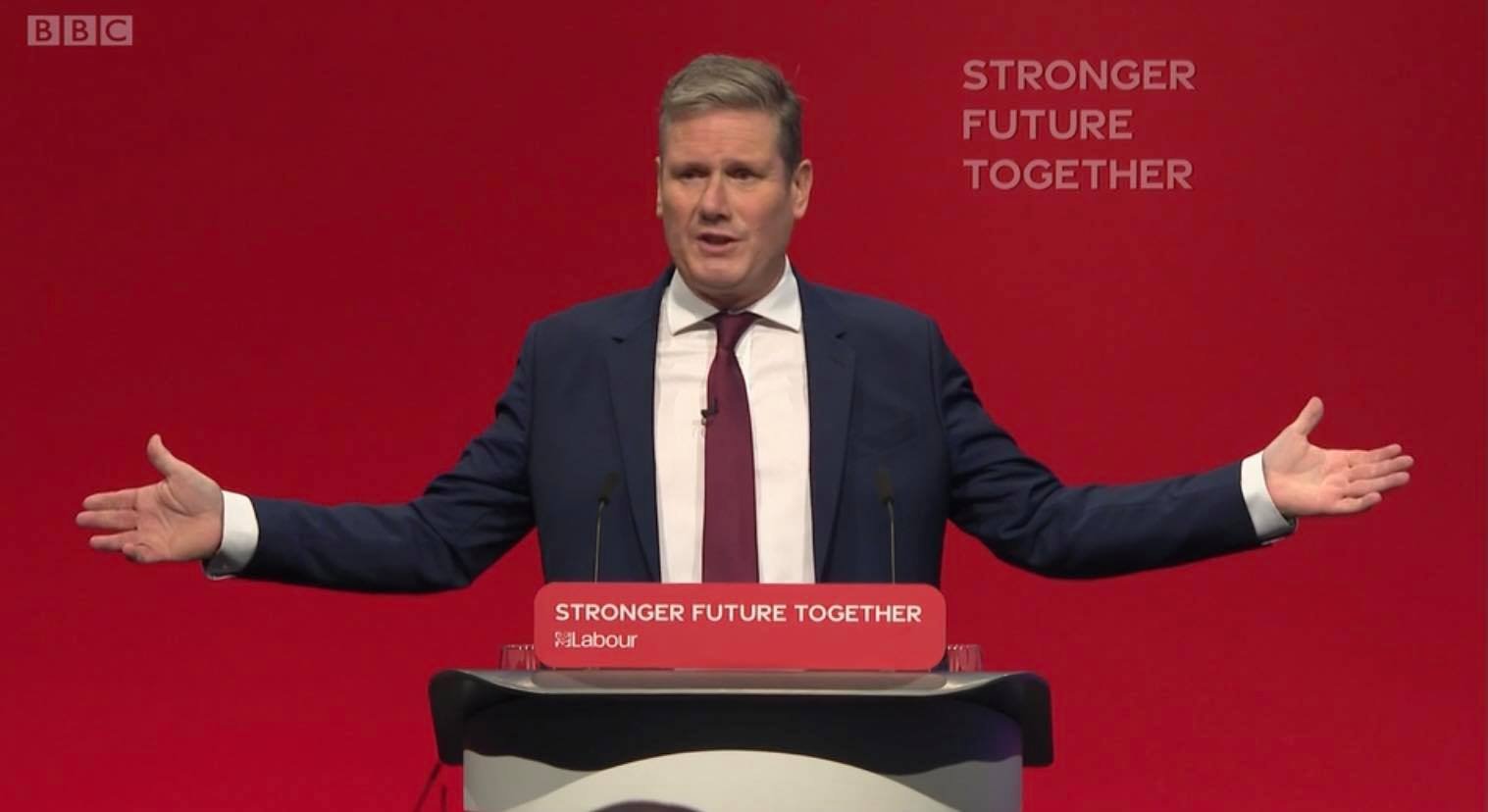 Keir Starmer appears to have left his leadership in better standing than when he arrived for Labour’s conference in Brighton. But in reality, says Sheila Lawlor, Politeia’s Research Director, he is at odds with both the labour heartlands he helped Jeremy Corbyn to drive away and the country he aspires to govern.

Many people who believe in Britain’s system of democracy watched the Labour Party at its conference in Brighton in the hope it would turn the corner. They know that for good government a strong two party system is needed. The opposition must hold our rulers to account and guard the liberties of the people, of which all MPs are the custodians. It must also prepare itself to rule wisely.

How did Labour do for the first time on show under Keir Starmer’s leadership?

The conference appeared to end in the belief – its own and the media’s – that the Labour leader had done his job. The party was back in business. A row engineered with the militant left on a rules package to strengthen the parliamentary party against the militant left had been partly won, albeit by watering down the package. And there was a programme for government. Mr Starmer’s first Conference speech as Labour Leader seemed to go down well enough, to reveal ‘Keir’ the person complete with impeccable working-class origins and values to match. From his father a tool maker, he learned to ‘understand the dignity of work’, from his mother, a nurse to ‘appreciate the nobility of care’. He was, he reminds us, the, the first person in his family to go to university.

Having ticked the boxes in the identity locator form for ‘working class’ and ‘values’, Starmer moved to the territory on which he intends the party to fight under his leadership. He will, or so he implied, take on the mantle of Tony Blair, Labour’s last, thrice winning, prime minister, with the same responsible economic and fiscal policy. Like Blair he intends to give education priority, to take up the fight against crime, to focus on those other priorities, from housing to skills, on which he has entered a bidding war with the Johnson government. He claims he is serious, by contrast with his Tory opposite number – serious about European relations, serious about the Union of the United Kingdom, serious about spending, big time, on the left’s agenda for climate change (£28 billion we are told) and about expanding, in as yet an undefined way, NHS mental health services.

There was something for everyone – for the left, a focus on race, inequality and class; for the old Labour heartlands, the sop of patriotism; for those Labour voters lost to the Tories in 2019 a pledge to make ‘Brexit’ work – though leaving open how much he would give the EU to ‘negotiate’ another – and his preferred – ‘deal’; for his Islington fellow-travellers and the trans lobby, he had announced to the nation via the BBC that he disagreed with Labour’s Rosie Duffield, the MP who maintained that ‘only women have a cervix’. That he said, was ‘not right’ – it was ‘something that shouldn’t be said’.

Starmer’s problem is the baggage he has carried through life. For all the virtue signalling that Labour’s Corbynista period is over, he is as much of that left as any left. Starmer, the human rights lawyer and former Director of Public Prosecutions, shares the collective responsibility of the Corbyn shadow cabinet under whom the alien agenda, the seeming preference for terrorists over patriots, the ugly anti-semitism, the take-over of Britain’s streets at election time by Momentum shock troops, and the preference for chaos to the stable working of parliamentary democracy, drove Labour’s historic heartlands from their party.

Starmer was part of a coup against the party that Labour members and voters had built, slowly, painstakingly over a century, to bring together the movement of trade unions, Fabians, socialist ILP-ers to win power in 1924, regain it in 1929, share it after 1931 and return in triumph in 1945 under Attlee. Theirs was the party of the working man, the trade unionists, the middle class Fabians, the Christian socialists amongst whom was Attlee practising the reality of work and care in London’s East End, so that poor, unskilled, often jobless working men could take the step to better lives. These men and women had no doubt about who they were or what they stood for.

What does Starmer, today’s Labour leader, stand for? He is, indeed, a lawyer, committed to the subject he studied at Leeds and Oxford and who practised at the Bar, a member of the intelligentsia of the left, for the causes of which he worked. He was one of those barristers who set up Doughty Street Chambers, pioneering ‘the progressive development of the law’ and the courts as a dominant constitutional power. He transitioned seamlessly to the job of Director of Prosecutions in 2008 for five years, courtesy of Gordon Brown, and thence to a safe seat in Parliament in 2015, under Ed Miliband and on to Jeremy Corbyn’s shadow Cabinet.

As his career shows, he belongs to that left, and his sympathies lie with the various groups to whom he offered a doughnut bag in the hall in Brighton: as much to the climate change activists who bring our motorways to a halt, as to those warring against the unfortunate ‘transphobic’ MP with a better knowledge of the rudiments of human biology. For him the world of today’s toolmaker in Crewe, is as distant as that of the Nissan Brexit voter in Sunderland. It is a far-off country of which he understands little – a country whose inhabitants care about their families, their party, their country. They also care about its laws – the laws made in their name and under which they are governed, which for centuries have protected their liberties against misrule, not a European version of human rights law imposed in 1998. They send men and women to Westminster to make the laws on which they are elected on trust. That trust has been violated.

Starmer has done little to win it back. He did not assure the people of this country, Conservative, Labour or undecided, that he is more than a smooth talking, smiling, professional lawyer, pitching the lines to the jury of British voters, unsure which groups will support his bid to be prime minister, but spreading his bets. He has shown little understanding of the country he aspires to lead, little tolerance of its love of long accepted freedoms, which its people have turned out as recently as 2019 in their millions to defend at the polling booths, and little belief in those in whose name he seeks to govern. And perhaps worse for him, unlike Tony Blair, whose mantle he wishes to inherit, he lacks not just the fervour to see through a cause, but a cause itself.