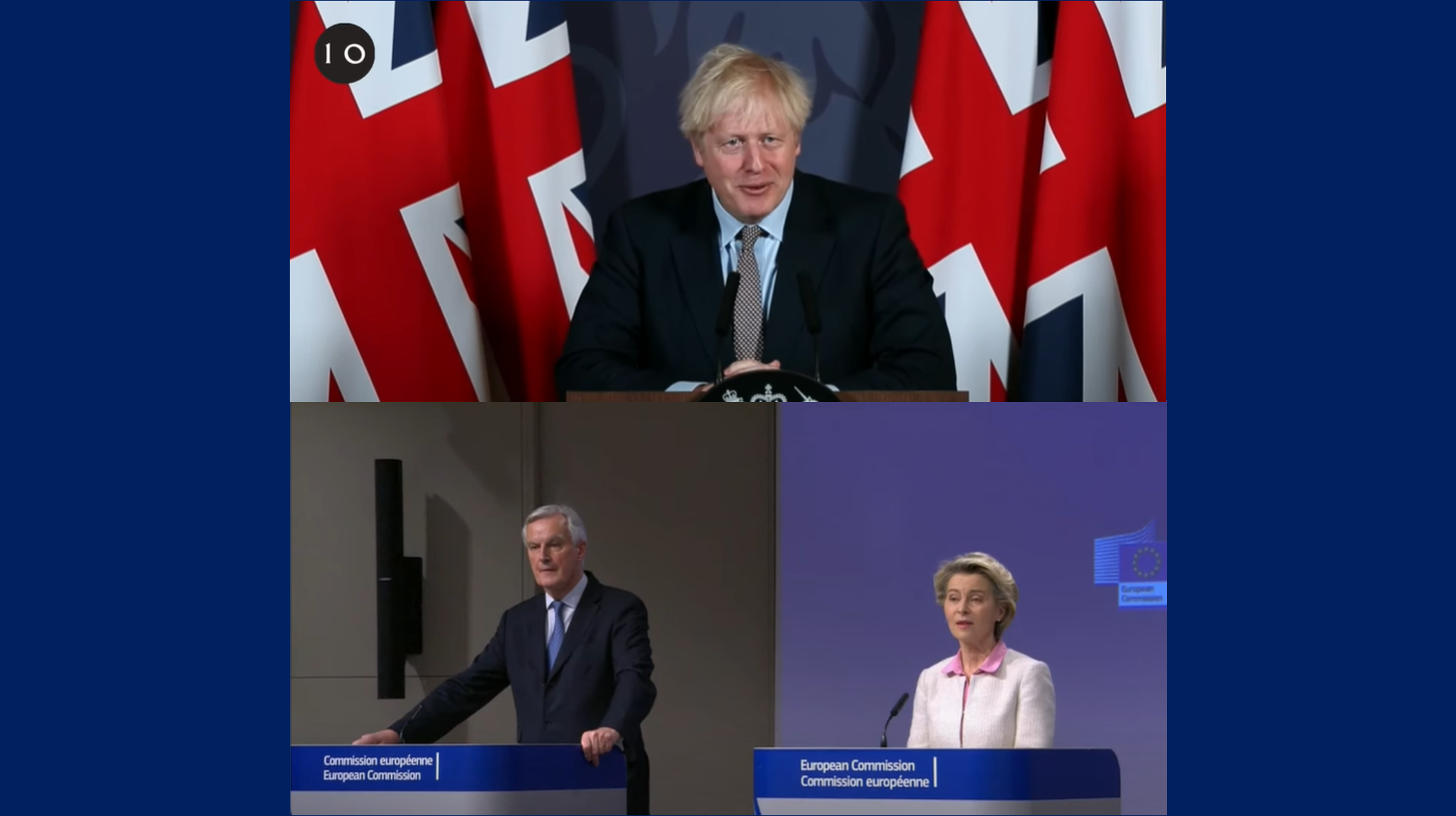 The UK-EU trade deal eliminates goods tariffs and quotas across the board, says David Collins, but for services grants little beyond WTO terms while falling short of the UK’s single market access. Nevertheless, it should be seen as work in progress, laying the foundation for UK trade with the EU as a fully independent state.

The UK-EU Trade and Cooperation Agreement (TCA) achieves very much what the Prime Minister promised last year – it is a very good Free Trade Agreement. It goes beyond the EU’s FTA with Canada (CETA) while preserving the UK’s sovereignty and eliminating any role for the European Court of Justice. Though not quite the ‘Canada plus plus’ that many hoped for, the TCA lays a solid foundation for the UK to trade with the EU as a fully independent state in charge of its own laws.

To the relief of many, the trade sections of the TCA are comprehensive with respect to goods, eliminating tariffs and quotas across the board. The agreement reiterates World Trade Organization (WTO) commitments on Sanitary and Phytosanitary (SPS) and Technical Barriers to Trade (TBT) measures, ensuring that non-tariff barriers will be no more trade-restrictive than necessary for the purposes of health and safety. The agreement stops short of granting mutual recognition for conformity assessment on all products, although it promotes streamlining of customs procedures, including a ‘trusted trader’ scheme to reduce the inevitable red tape at borders as the UK departs the customs union. Generous rules of origin on most products allow for the accumulation of origin for products composed of elements originating from the UK’s other trade partners to benefit from the agreement’s preferential access, essential to maintain international production chains among suppliers from the UK’s many FTA partners. On trade remedies, while WTO rules on anti-dumping are unaffected, the agreement’s subsidies segment is more detailed, with enhanced notification and expanded definitions for both subsidy and specificity. In many respects these are improvements on the WTO regime, which has been criticized for its ambiguity.

The services chapter of the TCA is rather limited, granting very little beyond that which is available under the WTO’s General Agreement on Trade in Services (GATS) and falling short of what the UK had inside the single market. Disappointingly for some, there is no automatic recognition of professional qualifications, although a framework for future negotiations on this issue is set out in extensive detail. The agreement prohibits performance requirements as a condition of foreign investment and rules out the requirement of a commercial presence for cross-border trade in services. But there are no comprehensive protections for foreign investors, nor is there any investor-state dispute settlement – likely because including these issues would have complicated the ratification procedure by involving the EU Member States.

The TCA also has modern provisions on digital trade aimed at facilitating cross-border data flows, including the prohibition of data localization requirements and rules ensuring the authenticity of electronic signatures, although there is nothing on adequacy for dealing with personal data, with a decision ensuring this thought to be coming shortly from the Commission. Conventional exceptions, largely copying WTO language, and covering such issues as the environment and public safety, are also found at the conclusion of the Trade chapter. There is heavy emphasis on climate change and the environment throughout the agreement, as might be expected given the current prominence of these issues in public discourse.

The most controversial, and highly anticipated feature of the TCA are the ‘level playing field’ and associated ‘rebalancing’ system of enforcement. Through this system a Party may retaliate (in the form or removal of tariff preferences) in the event that the other lowers its standards in areas of labour, the environment or state aid, with an ensuing impact on trade between the parties. The rebalancing system in the TCA is unprecedented because it is among the first trade deals in history that is designed to enable divergence rather than convergence.

Contrary to wishful claims that the rebalancing provisions will chain the UK to the EU going forward, the mechanism is exceptionally restricted in its scope in that it envisions a very high threshold for enabling retaliation due to regulatory divergence – it must be ‘material’. Furthermore, the imposition of any rebalancing duties is contingent on ‘reliable evidence’ not ‘mere conjecture.’ Rebalancing through tariffs must also be proportionate and time limited according to what is ‘strictly necessary.’ Most importantly, the rebalancing system is only available subject to the determination of an independent arbitral tribunal. Since the remedy for the transgression of the level playing field requirements is the imposition of tariffs (rather than the removal of the unbalanced measure), the mechanism permits legislative divergence to continue indefinitely, preserving regulatory sovereignty. Additionally, overuse of rebalancing tariffs can trigger a review of the level playing field commitments entirely, enabling a future relationship which consists of regulatory uncoupling between the UK and the EU over the longer term. In that sense, the level playing field obligations in this agreement actually promote divergence, not further alignment, in the future.

The TCA is not as thorough as it might have been. The lack of deeper coverage for services and the five-year transition period for fisheries are two notable examples. But it is a remarkable achievement (for both sides) to have concluded an FTA of such breadth in less than a year – something which many commentators said was impossible. The TCA is perhaps best viewed as a work in progress – it is but the first, or second step, in a series of negotiations on a wider range of matters. We can presume that an equivalence arrangement for financial services will be concluded once the EU recognizes that it cannot compete effectively in this area. Mutual recognition agreements for various sectors will also likely fall in place in the coming years – hopefully including legal services. A comprehensive investment protection chapter, perhaps with specialized dispute settlement for investors, is likely also forthcoming.

The TCA is a trade treaty between fully sovereign trading partners and must be interpreted by international trade lawyers who are well-versed in this landscape and its specific legal terminologies. EU concepts such as ‘integration’ and ‘ever closer union’ have no bearing on how this document should be interpreted, implemented and enforced. To be sure many of the TCA’s terms are ambiguous, notably those relating to the ‘lowering’ of standards in various contexts. Dealing with these issues will require careful, informed choices, particularly if the UK is to resist any potential ‘mission creep’ by those seeking to keep the UK within the EU’s ambit on trade and other matters. But for now one thing is clear – the TCA represents the nail in the coffin for the role of the ECJ and with it, the relevance of EU law, to the UK’s future.