A “sui generis” interpretation of the rule of law? 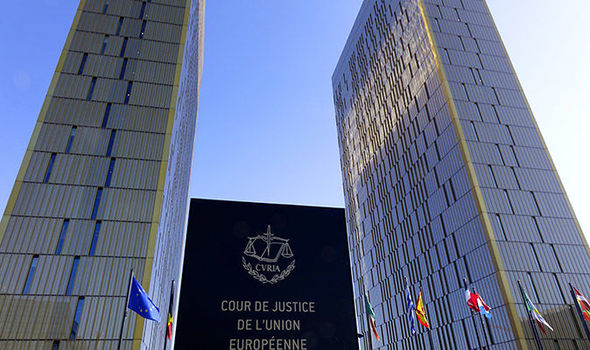 As the EU and UK endeavour to resolve unfinished business following the UK’s withdrawal from the EU, Edite Ligere, Director of Politeia, looks at what appears to have been an unprecedented and troubling irregularity by the Court of Justice of the European Union itself against one of its own.

Sharpston was appointed to the role of Advocate General in 2006. She was re-elected by the Member States of the EU in 2015 for a further term of six years. Her second term was scheduled to end in October 2021. However, on 10 September 2020, in what appears to have been a politically motivated manoeuvre, Sharpston’s tenure was terminated. She was replaced by a Greek lawyer, Athanasios Rantos.

“It shall be the duty of the Advocate General, acting with complete impartiality and independence, to make, in open Court, reasoned submissions on cases which, in accordance with the Statute of the Court of Justice of the European Union, requires his involvement”.

The Opinion of an Advocate General is usually highly respected and followed by the ECJ. Whereas the tenure of Judges of the CJEU is linked to the continued membership of the EU of the State which nominated them, the same is not the case for Advocates General.

Although nominated by individual Member States of the EU, once appointed, the mandate of an Advocate General is not parasitic on the membership of the EU of the nominating state or the Advocate General’s citizenship. By virtue of Articles 19(2) and 253 of the TFEU, Advocates General are appointed for a fixed, but extendable, term of six years. Under the TFEU and the Statute of the CJEU, the tenure of an Advocate General can only be terminated by resignation, death, severe misconduct or as a consequence of the appointment no longer meeting relevant Treaty conditions. An officer of the ECJ, including Advocates General, may be deprived of their post if in the unanimous opinion of the Judges and the Advocates General of the ECJ, he or she no longer meets the obligations arising from his or her office.

The CJEU adjudicates on the interpretation and application of EU law. It hears disputes between the governments of EU Member States and EU institutions. It may take action on behalf of natural or legal persons whose rights have been infringed. Members of the EU, particularly those with maturing democracies, turn to the CJEU to uphold the rule of law. Politically motivated discrimination on the grounds of nationality is not something the EU advocates.

Irrespective of the political exigencies, current head or tail winds of the relationship between the UK and the EU, the CJEU should conduct itself as a Court properly so called, worthy of the name. It should do and be seen to do justice in accordance with the rule of law. In a rapidly changing world, undermining legal certainty, pacta sunt servanda, structural integrity, credibility and the rule of law in one of the most prominent Courts in the world is not costless. The EU prides itself on being “sui generis”, otherwise known as one of a kind or unique. In matters of legal certainty and the rule of law, unus multorum (one of many) would appear to be distinctly preferable to sui generis.

Edite Ligere is Politeia’s Director, a barrister at 1 Crown Office Row Chambers and an advisor at Galileo Global Advisors in New York. Her special interests include artificial intelligence, insurance, human rights and cyber security. She was appointed to the Bar Council of England and Wales in 2020. She has written for the OECD on 'Insurance: can systemic risk get any more systemic post-COVID–19? '.

Edite Ligere is Politeia’s Director, a barrister at 1 Crown Office Row Chambers and an advisor at Galileo Global Advisors in New York. Her special interests include artificial intelligence, insurance, human rights and cyber security. She was appointed to the Bar Council of England and Wales in 2020. She has written for the OECD on ‘Insurance: can systemic risk get any more systemic post-COVID–19? ‘.