A Matter of Control: The UK Courts v the ECJ 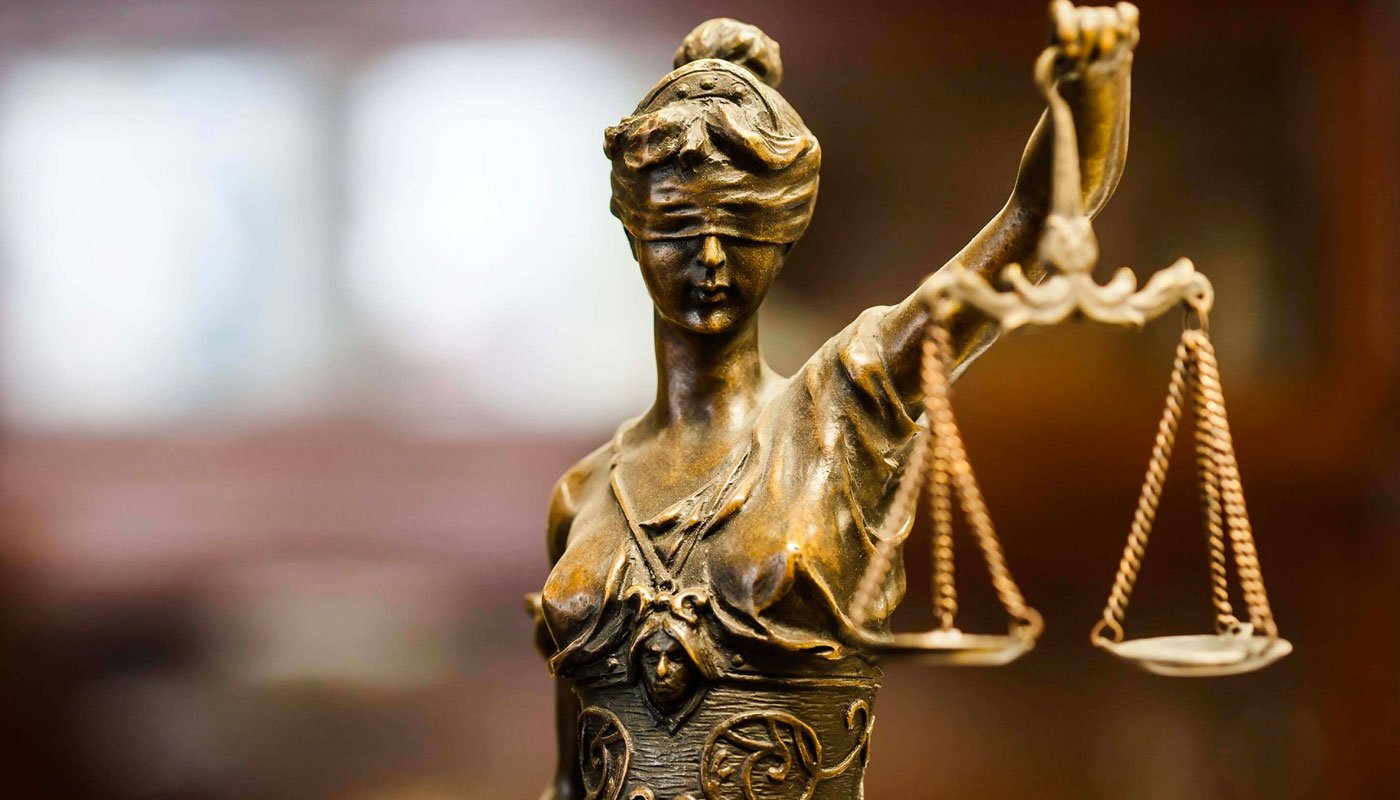 Article 50: A streamlined exit system for leaving the European Union

As a “Spartan”, one of the awkward squad of Conservative MPs who have, on three occasions, voted down the Government’s Withdrawal Agreement, I am often asked why I oppose the Agreement and why I contend that to accept it would not amount to achieving Brexit.

The answer is that to achieve Brexit and leave the European Union legally, compliance with the provisions of Article 50 of the Treaty on European Union is required. Article 50, which was inserted by the Treaty of Lisbon (2007), for the first time provides a mechanism for a member state to withdraw from the EU.

Leaving behind the ECJ: Why it matters for Brexit.

ECJ jurisdiction is a matter of such importance because it may be said that the very sovereignty of the European Union resides in the ECJ. The ECJ is an extraordinarily powerful institution.

It was established in the 1960s, to provide guidance on the interpretation of the European Treaties and European legislation, and has developed a range of judge-made principles which were later codified in the Treaty of Lisbon. The principle of the primacy of EU law is very much a judicial creation which now has statutory legitimacy. And the ECJ interprets that law. To deliver Brexit, therefore, it is necessary for the UK to cease to be subject to the jurisdiction of the ECJ.

This was acknowledged by the Prime Minister in her speech at Lancaster House:

“We will take back control of our laws and bring an end to the jurisdiction of the European Court of Justice in Britain. Leaving the European Union will mean that our laws will be made in Westminster, Edinburgh, Cardiff and Belfast. And those laws will be interpreted by judges not in Luxembourg but in courts across this country.

“Because we will not have truly left the European Union if we are not in control of our own laws.”

The future role of the ECJ – The UK as ruletaker.

Not only that. But it should be remembered that, although (through the political declaration) the Withdrawal Agreement contemplates a new, permanent agreement being concluded, the Withdrawal Agreement itself will continue until such time as it is replaced. This is the consequence of the Irish protocol (“the backstop”), which provides for the continuation of the customs union after the end of the transition period, which itself could extend until the end of 2022.

It was thought that, after Brexit, we would no longer see Acts of Parliament being struck down (or “disapplied”) by the courts, as happened most notoriously in the Factortame case.

Any such naïve belief, however, is dispelled almost immediately one gets stuck into the text of the agreement.

“The United Kingdom shall ensure compliance with paragraph 1, including as regards the required powers of its judicial and administrative authorities to disapply inconsistent or incompatible domestic provisions, through domestic primary legislation.”

And to make the position of the ECJ absolutely clear, Article 4 concludes:

“The provisions of this Agreement referring to Union law or to concepts or provisions thereof shall in their implementation and application be interpreted in conformity with the relevant case law of the Court of Justice of the European Union handed down before the end of the transition period.”

Martin Howe QC has rightly pointed out that in order to comply with the provisions of article 4, the United Kingdom Parliament will be obliged to pass primary legislation which replicates the effect of section 2 (4) of the European Communities Act 1972.

Bear in mind that the European Union Withdrawal Act 2018 actually repeals the 1972 Act, or at least it will, when the Commencement Order has been made.

The bizarre consequence will be that the Withdrawal Agreement Implementation Bill (which we now learn is due to be published in early June) will, presumably, have to find some way of repealing the repeal, or at least putting it on ice.

The position, therefore, is that during the transition period the supremacy of EU law and the supreme jurisdiction of the ECJ will apply to the United Kingdom in the same way as if we were still a Member State, the big difference being that we will no longer have any representation in any of the EU institutions and there will be no British member of the Court.

In other words, we will, be rule-takers, with no independent role in the interpretation of those rules.  The ECJ will cease to be a multi-national court in which the UK is a participating member and will become an entirely foreign court. And that foreign court will be adjudicating on matters which, by their very nature, will be of the utmost importance to British litigants, be they individuals or corporations.  It is a state of affairs which should be a cause of concern to everyone, whether or not they are in favour of the UK’s withdrawal from the EU.

The rules for the operation of the joint committee as well as the establishment of subcmmittees set out in the Withdrawal Agreement.

Put aside the question of whether it is desirable for the United Kingdom to be governed, effectively, by a committee. Because the next question of concern is what happens if there is a dispute within the committee.

The Withdrawal Agreement set up a process whereby in the event of such dispute, the matter may be referred to an arbitration panel. This, in itself, is a fairly standard procedure in International treaties. What is not standard is what happens where a dispute that is referred to arbitration raises a question of EU law.

Article 174 provides that in such circumstances the arbitration panel:

In other words, in case of dispute, the court of one party to the agreement will be the final arbiter on all matters of law relating to the agreement and its decision will be binding on both parties.

This is a highly unusual state of affairs, even in agreements to which the EU is a party. The normal method of dispute resolution in such agreements is quasi-judicial, either via binding arbitration, or by reference to an international body, such as the WTO’s Dispute Settlement Understanding. According to the Institute for Government of the 24 trade deals concluded by the EU with third parties between the establishment of the WTO in 1995 and 2013, 83% have used the quasi-judicial model. One example is the EU-Singapore free trade agreement, which provides for dispute resolution in a trade committee and in the event of failure reference to arbitration or a mediation process.

There are extraordinarily few examples of dispute resolution mechanisms where the court of one party can make decisions binding upon the other. Such examples are the EU’s association agreements with the former Soviet republics of Ukraine, Moldova and Georgia, all of which have aspirations to join the EU

There is also the example of the agreement between China and Montenegro relating to Chinese loans for the construction of infrastructure connected with the “Belt and Road Initiative“, whereby disputes are to be settled by Chinese courts, with Chinese judges able to order the seizure of Montenegrin assets.

This is not, I would suggest, a precedent that the United Kingdom should be following.

No end in sight?

It must also be remembered that the Withdrawal Agreement will potentially extend long after the end of the transition period, and the jurisdiction of the ECJ will continue in respect of citizens’ rights (eight years after the end of transition), and potentially indefinitely in respect of matters arising under the Irish protocol on such matters as:

In short, this country, potentially will never be wholly in control of its own laws. That, as the Prime Minister said at Lancaster House, will mean that we will not truly have left the European Union. And that, in turn, is why I will continue voting against the Withdrawal Agreement.

Because, so far as I am concerned, it does not deliver Brexit.

*This is the edited text of the analysis The ECJ and UK Law After the Transition Period – How Should Disputes be Resolved?, delivered by David Jones on 15 May 2019

Article 50 of the TEU states: 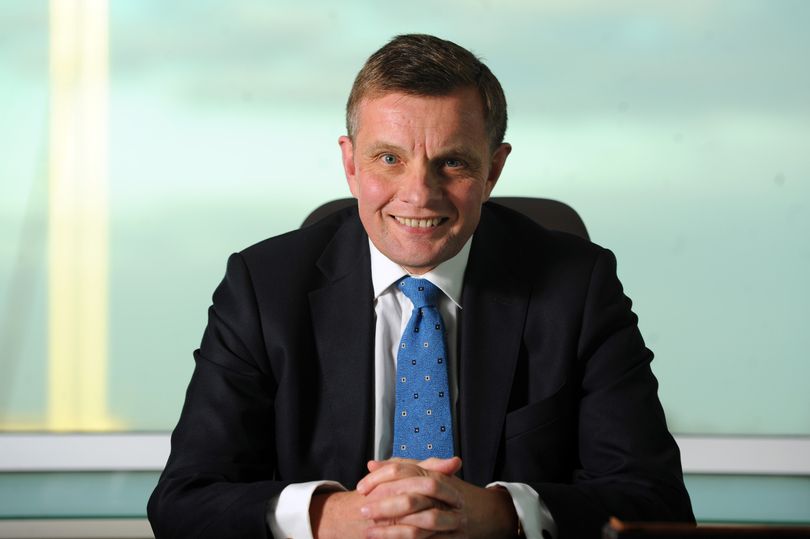