A Home Cure for the Migration Crisis? by David Abulafia 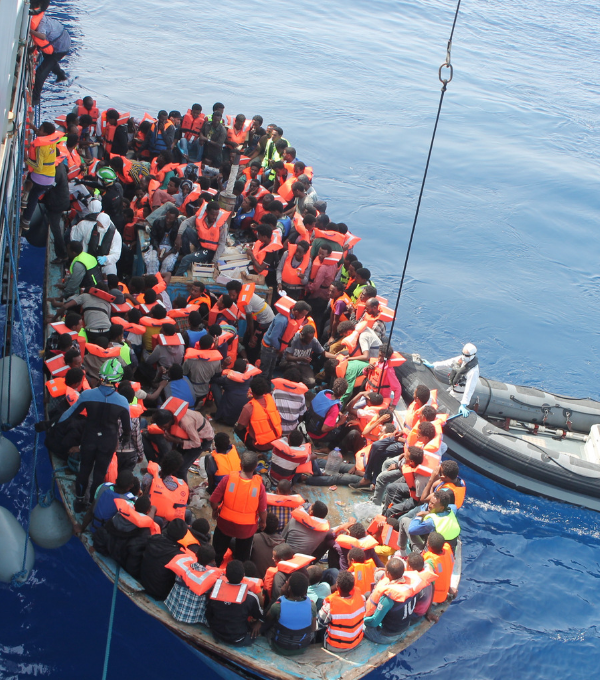 A Home Cure for the Migration Crisis?

Friday 21st September 2018: This week the EU’s Council President, Donald Tusk announced ‘in depth’ cooperation with Egypt to reduce illegal migration across the Mediterranean through. But, says David Abulafia*, mass movement into western Europe will mushroom unless we promote economic development in the countries of origin and earmark the development budget for that purpose.

The world we know has been made by migration.  No nation is ‘ethnically pure’, as the results of present-day DNA research clearly indicate.  The nations of Europe are, to a large extent, the product of the migrations that brought the Roman Empire to an end, though that is not quite true of several of the nations on Europe’s outer fringes such as Sweden and Ireland.   But what is visible nowadays is the largest mass movement of peoples into western and Mediterranean Europe since the fall of the Roman Empire.  The groundwork was prepared by the massive immigration of Turks into Germany, people from the Indian Sub-Continent and the Caribbean into Britain, north Africans into France, in the post-war years, in many cases responding to demand for labour (often, indeed, cheap labour).  Recently I was in Bremerhaven in the north of Germany.  The number of Turkish shops, many of them jewellery shops, came as a surprise in a part of Germany that is some distance from the really major German cities.  The excellent German Emigration Museum in Bremerhaven dedicates part of its space to the theme of tolerance towards Turkish and other immigrants.  Bremerhaven is a long way from troubled Chemnitz; but there is a sense that a good relationship between native Germans and newcomers, or their descendants, cannot be taken for granted in Bremerhaven.

This is praiseworthy and desirable; equally, the idea that migration into Europe needs to be managed cannot be ignored.  Although I am no enthusiast for pan-European policies that are imposed on Europe’s many states, some sort of co-ordination is essential if the countries in the front line (Greece, Italy, Malta, Spain) are to have the means to cope with the constant flow of migrants into their territory – bearing in mind the simple fact that most of those who reach the shores of Mediterranean countries do not wish to stay in them, but are aiming at Germany, Sweden, the United Kingdom and other lands whose streets are supposedly paved with gold.  Up to a point this has been achieved by the policy of returning migrants coming through Libya to holding-stations in what is still a very divided and dangerous country.

The major problem is that mass migration is not a single movement generated by a single cause – warfare in the Middle East, in the main – but a series of movements with varied origins.  It is vital to distinguish the refugees who have fled their homelands in often horrific circumstances from economic migrants, many of whom originate in a different part of the world.  The civilised world is rightly appalled at the treatment of the Yazidis, and at the destruction of Syrian Christianity (and it is a matter of regret that members of persecuted religious minorities have not been given high priority among settlers in the United Kingdom, remembering as we do the arrival of many thousands of Jews from Nazi Germany in the 1930’s).  The ethnic and religious map of Syria and Iraq has been irretrievably changed in the last decade, and millennia of Middle Eastern history have been wiped out.

Within the Mediterranean, the stream of migrants out of Syria, by and large seeking routes through Turkey and Greece, must be distinguished from other streams, notably those migrants who have toiled across the Sahara desert in often terrible conditions, and have then been tempted to embark on the frailest of boats in the hope of reaching a European country.  One area that has come to prominence in recent weeks is the Strait of Gibraltar, one of the most treacherous waterways in the world.  The strong in-current from the Atlantic, combined with powerful winds, or on other occasions dangerous mists, makes the idea of crossing in a flimsy inflatable raft foolish beyond belief; some people have even tried to swim across.  Yet Spain also finds it extremely hard to prevent migrants breaching the spiked fences separating its territories in northern Morocco, Ceuta and Melilla, from Morocco proper.  Both cities take pride in their attempts to foster good relations between Christians, Jews and Muslims, but these noble ambitions are put to the test as the ethnic and religious balance within the towns’ shifts.

The truth is that none of this will change while the situation in West Africa remains as it is.  An enormous expansion of population in Nigeria and other countries, the result of the great improvements in health care in recent decades, has been accompanied by much wider access to education, and at the same time a lack of opportunities for the young.  Not surprisingly, it is to a considerable extent young African men who attempt to reach Europe; many have good English, fine aspirations (to become a doctor or an engineer, for instance), and no chance of fulfilment at home.  This problem will not go away until the economies of the countries experiencing this demographic tidal wave are able to achieve their full potential – as, surely, a country with rich resources like Nigeria should be able to do.

It is therefore the right policy to encourage economic development in the countries of origin, and to use our development budget specifically for that purpose.  Otherwise the problem of mass movement into western Europe will simply grow and grow, and at the same time the countries of origin will be deprived of much potential talent – as has already happened in countries such as Ireland and Poland that lost so much talent to the USA and other lands a century and more ago.

*David Abulafia FBA is Professor of Mediterranean History in Cambridge and Papthomas Professorial Fellow at Gonville and Caius College. His recent publications include The Great Sea: A Human History of the Mediterranean (updated, 2014) and for Politeia he co-authored Triggering Article 50: Courts, Government and Parliament.