A Dis-United Kingdom: Is the UK’s constitutional architecture fit for purpose and how secure is Scotland’s place in the Union? 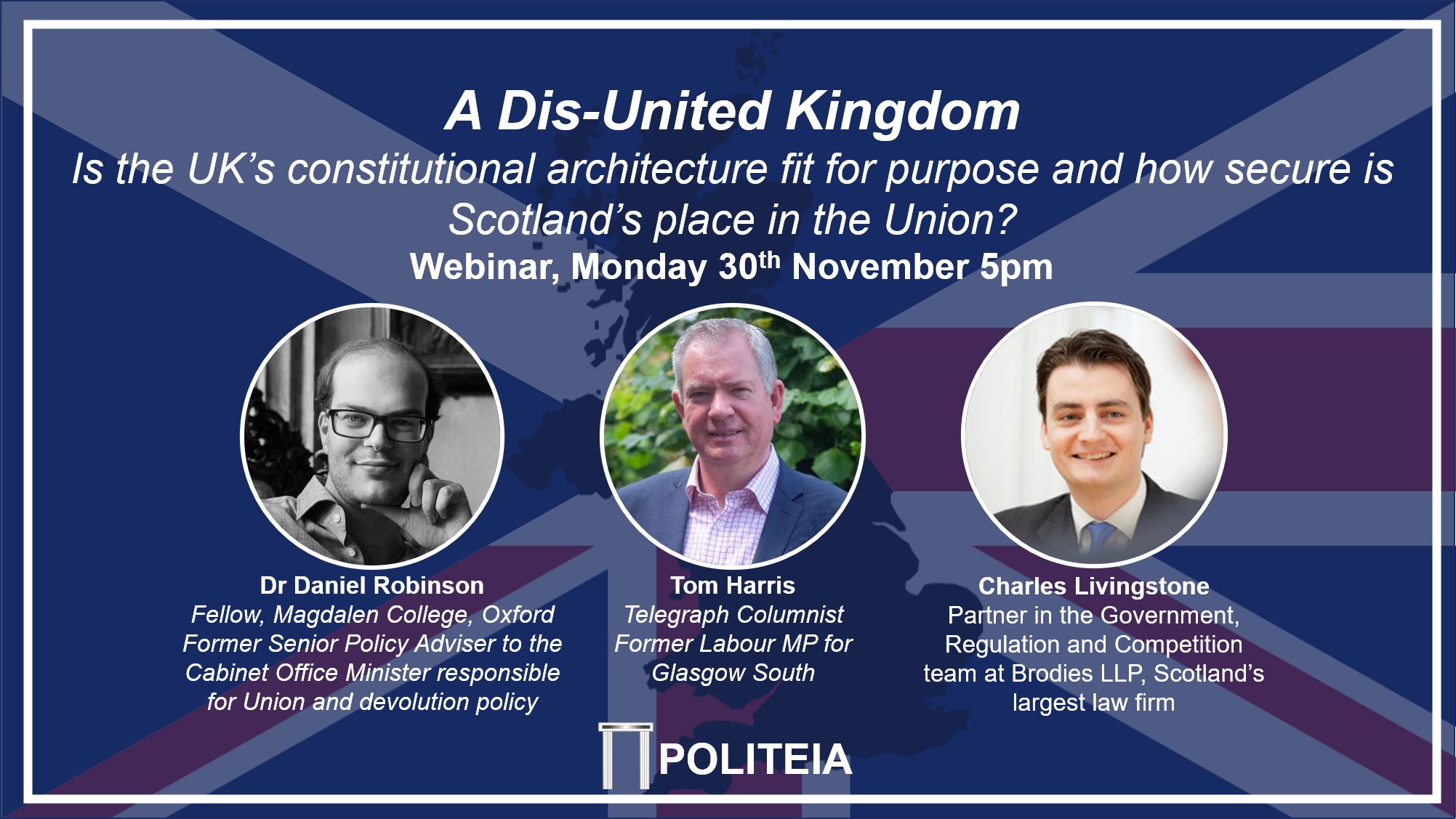 A Dis-United Kingdom: Is the UK’s constitutional architecture fit for purpose?
How secure is Scotland’s place in the Union?
on
Monday 30th November, 5pm-6pm

It may have been more than two decades ago that power was devolved from Westminster to newly-elected bodies in Edinburgh, Cardiff and Belfast, but for many it has taken the Covid-19 pandemic of 2020 to realise the extent to which different laws, rules and regulations are made and applied in the constituent nations of the United Kingdom.

Politeia will be examining the impact and effectiveness of the current devolution settlement over the coming months and when better to begin these discussions than on St. Andrew’s Day with a webinar focusing on the current situation in Scotland. Among the questions on the agenda are:

We have assembled an expert panel of speakers for the occasion:

Dr Daniel Robinson – A Fellow of Madgalen College, Oxford, who was Senior Policy Adviser to the Cabinet Office Minister, responsible for Union and devolution policy, between 2016 and 2017. He is author of the recently-published Natural and Necessary Unions: Britain, Europe and the Scottish Question (OUP 2020).

Tom Harris – Labour MP for Glasgow Cathcart (then Glasgow South) between 2001 and 2015, who served as a minister in the governments of Tony Blair and Gordon Brown. The Campaign Director for Vote Leave in Scotland during the EU referendum, he is now a Telegraph columnist.

Charles Livingstone – A Partner in the Government, Regulation and Competition team at Brodies LLP, Scotland’s largest law firm, where his responsibilities include advising clients on constitutional matters, such as the limits on the Scottish Parliament’s powers. Also the co-head of Brodies’ Brexit Advisory Group, he is a regular commentator on the legal issues related to constitutional change.