‘A Blueprint for Brexit: The Future of Global and Financial Services and Markets in the UK’, by Barnabas Reynolds 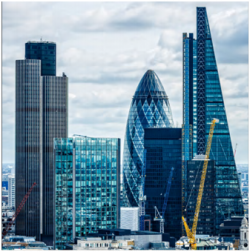 A Blueprint for Brexit: The Future of Global Financial Services and Markets in the UK

PDF: A Blueprint for Brexit: The Future of Global Financial Services and Markets in the UK

As ministers prepare for the UK’s departure from the EU, the UK’s financial services will be at the centre of the Brexit stage.

Politeia’s new publication, A Blueprint for Brexit: The Future of Global Financial Services and Markets in the UK explains the best legal and regulatory framework for Britain after Brexit. It proposes how the UK’s financial services and global markets can continue to flourish from outside the EU. The author, Barnabas Reynolds, is a lawyer and partner at Shearman & Sterling LLP, where he is the head of the global financial institutions advisory practice.

Reynolds considers the questions facing ministers as they prepare the policy for this pivotal sector. First he addresses the concerns of those keen to keep the EU’s passporting system or others who press for some kind of grand bilateral deal to replace it.

He shows, in a detailed analysis of the passporting system, that it is neither critical for providing most services to EU customers, nor indispensable. In fact, continuing with it (or a replacement system for a grand bilateral deal) would lead to grave, potentially insurmountable problems:

Instead of the passport, Reynolds sets out two models under which the sector can succeed. With either of them Brexit ministers can confidently chart the best course for leaving:

Under either of these two models, almost all parts of the financial sector in this country could continue to provide services to EU counterparties and customers and globally without interruption, even without the passporting process.

As Reynolds concludes, building upon the UK’s natural advantages – of time-zone, English law and language, an established financial ecosystem and talent pool – this country can create a highly competitive environment for the City outside the EU. Either of the models proposed will bring benefits and stability to Britain. Either would enhance the legal certainty under which the law-making system operates, encourage the UK’s free trade ethos and promote market competition under the rule of law.