Wednesday’s Queen’s Speech will be the last before the UK has left the EU in March 2019. The decision of the Government to have a long first session of Parliament, as was done in 2010, is a wise one. It will make the Brexit Parliamentary process easier. There will be no opportunity for mischief-makers in the House of Lords to use time as a weapon to derail the UK’s departure from the EU customs union and its internal market. Europhiles continue to try to confuse the public by referring to the single market. It is, indeed, a single internal market for EU members. When we leave we will be outside it but able to access it in the same way as EU countries will be able to access the UK single market.

The so-called Great Repeal Bill will receive Royal Assent in time to ensure that it can take effect in March 2019 to coincide with the UK’s ‘decree absolute’ of divorce. The Great Repeal Bill is essentially a boring detailed but absolutely essential piece of legislation. It will transpose existing EU law into UK law but it will not alter the substance. For that reason, it will not be an easy Bill to wreck. Without an overall majority in Parliament the Government will find it very difficult to use the Bill to authorise future legislative change through what are called ‘Henry VIII powers’. Parliamentarians should welcome this as a safeguard against misuse of executive power.

Other Bills to be announced on Wednesday covering the immigration, environmental and security aspects of Brexit will be vulnerable to amendment but the Government should be able to work with public opinion so that any attempts by the Labour Opposition to undermine border security and increase burdens on business can be deterred.

The framework for the Queen’s Speech in 2019 will reflect the outcome of the forthcoming negotiations with the EU. I expect that Speech to be full of optimism. It will set out how the UK will capitalise on its new freedom to negotiate trade deals across the world. It will enable border controls which no longer give preference to EU citizens to be used to attract the brightest and best foreigners from across the globe on their merits. It will also allow our sovereign Parliament to reallocate the £10 billion plus annual contribution to the EU so that it can be used to meet the UK’s own domestic needs. The Government will also be able to make Budget changes to VAT which, because it is an EU tax, it cannot currently do.

I remain pessimistic about the EU agreeing a good deal. The EU wrongly believes that free trade is a zero sum game rather than mutually beneficial. The EU will also insist on a wholly unrealistic substantial payment of alimony. But it will not guarantee any trade deal in return, believing that each of the twenty seven other EU countries should be free to impose their own conditions as a price for not exercising a veto. The EU Parliament thinks it quite possible that the Spanish could make an issue of Gibraltar, Cyprus could make an issue of our sovereign bases, Eastern European countries could make an issue of access to in-work benefits for their citizens in the UK and so on.

David Davis is absolutely right to insist that the UK cannot have a two-part exit deal in which what we concede in the first part is not linked to any guarantee against serial ransom notes and extortionate demands in the second part. It is for these reasons that no deal would be far better than a bad deal.

In conclusion, I commend the simple common sense articulated by a former strong ‘remainer’, Ed Vaizey, when he told the BBC’s ‘Daily Politics’ last December, ‘It’s quite clear we are going to come out of the single market, come out of the customs union. I don’t call that ‘hard Brexit’, I call that Brexit’. So do I. 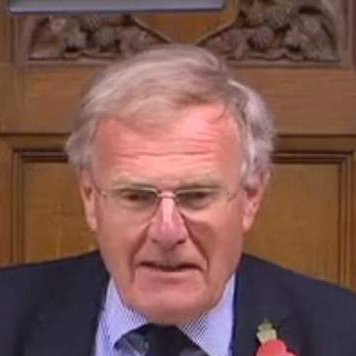